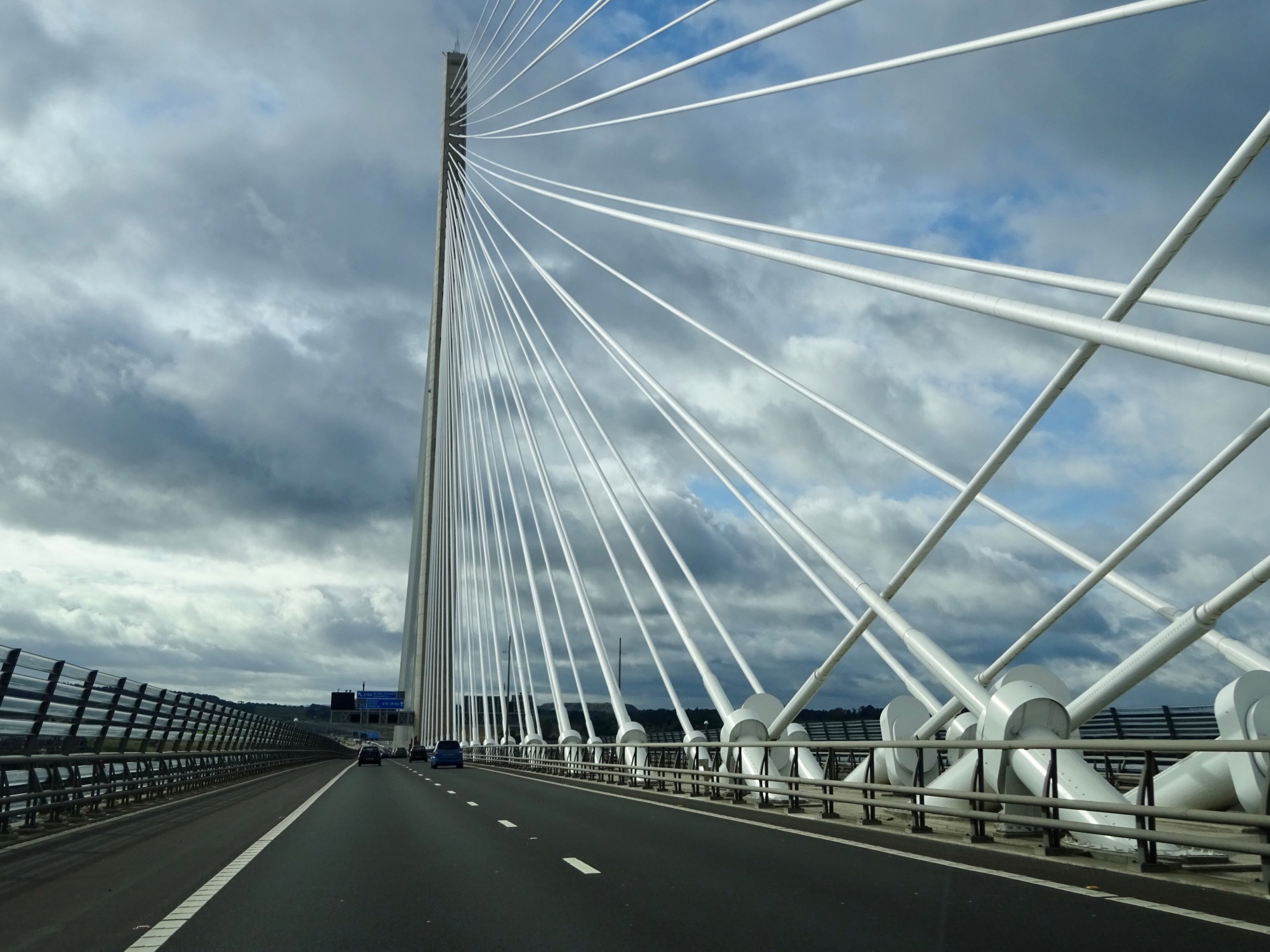 10 am sharp was the required departure time and, after getting up shortly after the 8am alarm clock, having breakfast, packing the food, cleaning the kitchen, having showers, packing the case and loading up the car it was 1003 and we were ready for departure. Not bad.

And then I re-read the departure instructions, which asked us to strip the bed and open the windows as part of their Covid-19 precautions. Bed stripped, it was now 1005. Ready for departure.

We set off, me driving, which prompted me to ask Andrew if he had his phone handy, as I was thinking about him taking some photos. He realised he’d left his bag in the cottage, with his phone, credit cards, house keys… I stopped the car. We hadn’t yet left the car park. He went back and got it. Right. 1008. Ready for departure.

I drove down the half mile private driveway, a short trip which was accompanied by the clinking of bottles. These were the half dozen local beers purchased yesterday. I stopped at the end of the driveway. In case you should need to know, hiking boots make excellent padded beer bottle holders. Noise eliminated. 1012. Ready for departure. Again.

After that it was fairly smooth going. The trip distance would be similar to driving from Moab to Grand Canyon, although those roads are usually somewhat quieter than in the UK. Still, it started nicely scenic. The hills were looking very Scottish (in other words, the sky was great and the mist was clinging to the wooded mountainsides) and it was nice to enjoy the scenery for a while. As I drove down the A9, the biggest disruption to progress was a slow moving farm truck, which was doing about 30mph and resolutely would not pull over into a lay-by (of which there were many) to let people past. The oncoming traffic was sufficient to prevent overtaking and after ten or so miles of reduced speed, there was probably over a mile of queuing traffic behind him when the road finally became dual carriageway.

We stopped very briefly at Perth, before choosing to go down the M90 towards Edinburgh. We had decided to avoid Glasgow as it usually has roadways and queuing traffic, and the alternative is only 15 minutes longer, even if the traffic around Glasgow is ok. When we were further along we heard that they had closed 2 lanes of the motorway near Glasgow, on top of the roadwork delays near Hamilton, so it felt like a good decision.

Andrew was very surprised to find me driving on to the Queensferry Bridge, rather than the Forth Road Bridge. Somehow, the existence of the new bridge and its opening in 2017 had completely passed him by.

Traffic around Edinburgh was very busy but moving and we were soon heading out on the Moffat Road. Although more twisty than the Biggar road, it is much quieter. There are also roadworks on the Biggar route at present, so we didn’t want to go that way. Eventually we reached Moffat and joined the M74, where I came off 5 miles later, at 1335, into Annandale Water Services for a comfort stop, to eat our sandwiches, and to hand over the driving to Andrew. There was yet another beautiful rainbow while we were stopped, one of around half a dozen today.

With Andrew at the controls we made good progress down the M74 and into England, down the M6, and eventually around Manchester to home. There were no queues to speak of, and we avoided any heavy rain, so the journey overall was extremely smooth. We arrived home at 1645.

Trip statistics are not dissimilar to our US trips, in that in the course of 8 days we covered 942 miles. The fuel consumption was of course much better, at 47.5 mpg! You can tell that wasn’t an American car! We also did 14.8 miles of hiking and 11.1 miles on the bike. Total photos taken 432 (!) and 3 videos. Looking forward to the next trip, wherever and wherever that might be, but I need a rest first!

Post script: today’s final bonus feature is a video of yesterday’s hike around the Uath Lochans and up Farleitter Crag.